Show of hands if you’ve ever stayed up way too late texting with friends, catching up on TV shows, or scrolling aimlessly through Pinterest or Reddit. Yep, plenty of us are guilty as charged — and as a result, we end up feeling exhausted in the morning.

That most Americans are falling short on getting the recommended eight hours of sleep per night is nothing new. Clearly though, not everyone who fails to log enough shut eye actually has trouble sleeping. Plenty of us are just staying up too late or putting off bedtime in favor of other activities.

But over time, staying awake into the wee hours can come with a hefty cost. Here are nine surprising ways you can benefit from ditching, or at least minimizing, your night owl habit.

Remember when Mom used to tell you that it would all seem better in the morning? She was right! Compared to people who turn in early, those who go to bed very late are more likely to be overwhelmed with repetitive negative thoughts, found one study published late last year.

The findings suggest that sleep disruption could actually be linked to the development of pessimistic thoughts. On the bright side? Psychologists suggest that focusing on good sleep habits can help. Sure, going to bed early won’t get rid of whatever problems you’re dealing with — but now, we know that it really may help to put them in perspective, and a well-rested mind is better at dealing with emotions and problem solving. 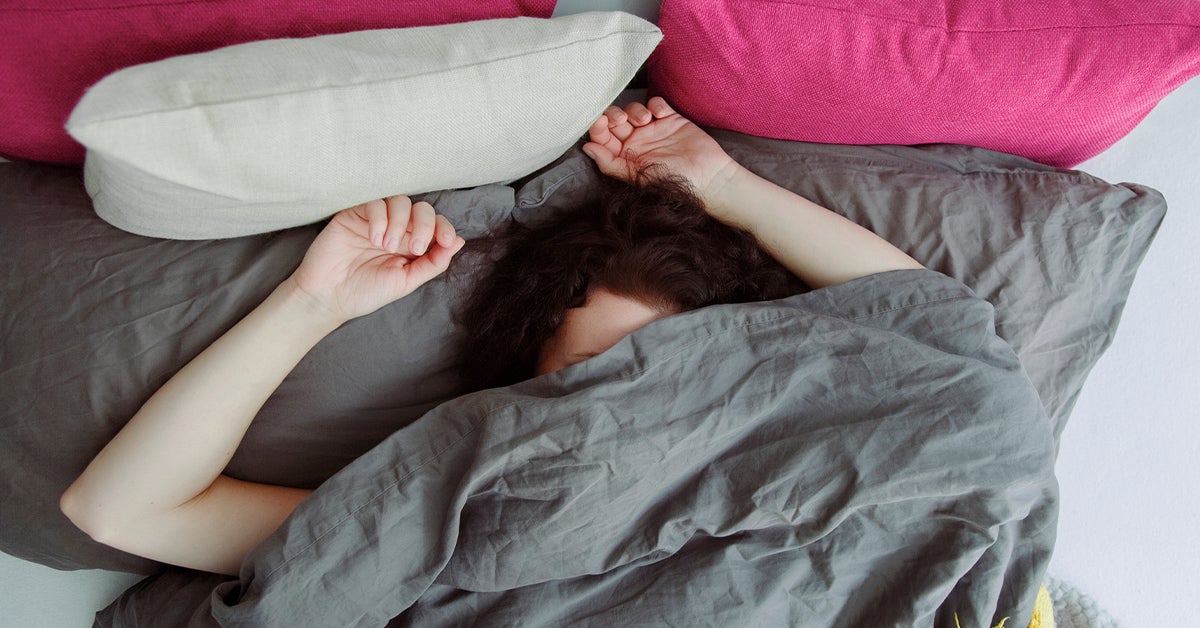 2. You could get along better with everyone.

Been getting into a lot of arguments lately? There’s one easy way to fix that.
Too little sleep tends to leave people feeling short-tempered, irritable, and stressed. Which means that little things that might not normally be a big deal can cause you to fly off the handle. The result? More spats and misunderstandings with those around you.

Being well-rested, on the other hand, will help to recalibrate your baseline. You’ll naturally feel more optimistic, patient, and relaxed (even if nothing around you has actually changed), which means you’ll have an easier time coping with all of life’s little curveballs.

3. You can have a safer commute…

It’s scary to think about, but sleep deprivation can make you less alert and significantly up your likelihood of getting into a car crash. And tons of us are at risk:
Roughly 60 percent of adult drivers say they’ve driven a vehicle while feeling drowsy in the last year. Even crazier? More than a third say that they’ve actually fallen asleep behind the wheel.

According to AAA Foundation reports, people who sleep six to seven hours are twice as likely to have a car accident compared to those who sleep for 8 hours or more. People who sleep for five hours or less increase their risk up to five-fold. Go for 24 hours without sleeping, and your skills behind the wheel are the same as someone who is legally drunk. Yikes.

We’ve all been there. You’re sitting at your desk after a super late night, staring blankly at the report that’s supposed to be due at noon — and nothing’s happening. That’s because lack of sleep messes with your cognition, making it harder for your brain to perform basic functions like concentrating and remembering.

And it’s not just the straightforward stuff that suffers. Lack of REM sleep — the sleep that occurs when you dream — can thwart creative-thinking skills. In fact, one recent study found that subjects performed 30 percent better on a puzzle after waking up from REM sleep than after waking up from non-REM sleep. Research has shown that sleep is essential for helping people solve complex problems, too.

Get your eight hours of snooze time, and the brain boost that follows will leave you feeling fresh, focused, and ready to take care of business. Report due at noon? You’re on it.

5. You might have an easier time maintaining a healthy weight.

that the less sleep you get, the more likely you are to be overweight or obese. How so? When you’re regularly sleep deprived, you have less energy to exercise or make healthy food choices. Plus, studies show that the later you stay up, the more you eat: Our body’s internal clocks seem to be hard-wired to prefer salty, fatty, or sugary foods after 8 p.m. Which might explain why night owls who stay up until 4 a.m. eat about 550 more calories than early birds who go to sleep at 10 p.m.

6. You could be one of those people who doesn’t get sick this winter.

Next to washing your hands, getting enough sleep might be one of the most effective ways at avoiding a cold or the flu. Adequate shuteye keeps your immune system strong, so you’re less likely to catch a case of whatever is going when you’re exposed to it (hello, sneezing co-worker!). And if you do manage to get sick, you’ll recover faster. In other words, your cough or sniffles will last a few days rather than lingering for the next three months.

A recent Swedish study confirmed what most of your friends are too polite to tell you: When you don’t get enough sleep, you don’t look so great. When participants viewed images of people who were sleep-deprived or well rested, the sleep-deprived folks were rated as less attractive, less healthy, less approachable, and sadder.

During sleep, your body works to replace tired old cells with fresh new ones, helping your complexion to look more glowy than ghastly. Lack of sleep can also contribute to puffy, darker eyelids, red eyes, and a paler complexion that practically screams, I’m running on fumes.

8. You can lower your risk for scary diseases.

Want to lower your chances for developing chronic conditions like heart disease, kidney disease, high blood pressure, diabetes, and stroke? In addition to eating right and exercising, be vigilant about getting enough sleep. While you snooze, your body is hard at work performing repairs on your heart, blood vessels, brain and other tissues that help keep chronic disease at bay. Skimp on sleep, and that nightly maintenance schedule starts to suffer. Eventually, your parts will start to wear out, setting the stage for major problems.

If you just can’t stand getting out of your warm, cozy bed, no amount of sleep will make you the kind of person who bounds out of bed in the morning. But once you do get on a regular sleep schedule and maintain a well-rested baseline, waking up becomes much less challenging. It’s a lot easier to deal with the morning when you’re feeling refreshed, and you may even find you don’t need an alarm at all when your body gets adequate rest. Seriously, go ahead and try it!

If falling asleep early doesn’t come easy for you, try using strategies like taking a warm bath or practicing guided relaxation near bedtime. Part of good sleep hygiene is keeping a regular pre-bed routine, as this helps mentally and physically prepare you for snoozing. Turning electronics off and keeping rooms cool are also smart moves.

Are you an early or late sleeper? What benefits do you find most rewarding when falling asleep early?

VIEW ALL POSTS BY dogwoodrecordingcom